The severity of injuries sustained in a car crash depends on a variety of factors, such as how fast the cars were traveling at the time of the crash, the number and size of the vehicles involved, and the age and health of the passengers. However, there are certain types of car crashes, such as multi-car pile-ups, that are notorious for causing serious injuries. This is in large part due to the fact that they always involve multiple vehicles, many of which are traveling at high speeds.

Although multi-car pile-ups can occur in a variety of situations, these types of accidents often involve the following factors:

Driving recklessly and aggressively can also lead to multi-car pile-ups, especially on busy roads or highways.

Even when it is clear that one person was clearly at fault in causing the initial collision that led to a multi-car pile-up, it can be difficult to assign liability. This is because more than one negligent driver could have contributed to the accident. For instance, if one driver attempted to see an accident that had already occurred on the side of the road and then rear ended the car in front of him, he could be held liable for resulting injuries. However, if the person behind that car was texting and so failed to see the rear-end accident and collided with the first two cars, he would also bear some of the responsibility for damage inflicted to the other cars or passengers. Even vehicle parts manufacturers can be held partly responsible for an accident if a defective part caused a driver to lose control of the car and collide with another vehicle. Furthermore, because there are so many cars involved in a multi-vehicle pile-up and so many points of impact, it can be extremely difficult for the passenger in the first car to discover which driver caused his or her specific injuries.

Fortunately, even when an injured party contributes to an accident, he or she can still collect damages from the other negligent parties. This is because Ohio follows the legal theory of comparative negligence, which allows plaintiffs who contributed to their own accidents to collect an amount that is decreased by their percentage of responsibility. However, if it is determined that a plaintiff was more than 50 percent at fault in causing the crash, he or she cannot recover anything from the other parties and may be required to compensate other victims.

Establishing fault in these types of accidents is crucial, as the National Highway Traffic Safety Administration (NHTSA) estimates that as many as 40 percent of all traffic-related injuries occur as a result of multi-vehicle crashes.

Call us Today to Speak With an Experienced Car Accident Attorney

Our family worked with Joe Hartle to finalize the adoption of our daughter last fall. So while we were not the typical client of this firm, we still had a great experience. Joe is the best, was so friendly, easy to work with and made us feel very special during…

Attorney Scott helped me with my car accident case. I highly recommend Attorney Scott. He was very good about explaining things to me, and I am very happy with the results. Thank you!

Attorney Lafferty handled my car accident vs. pedestrian case. Very happy with the service and representation he provided. Great result!

Attorney Scott was wonderful in his representation of me for my car accident.

I was represented by Joe Hartle, who did a great job with my auto accident claim. Very happy with the end result.

Highly recommended. The attorneys are very knowledgeable, helpful, and friendly. They did an outstanding job representing us after a terrible car accident caused us serious injuries.

Joe Hartle represented us in a wrongful death case involving a semi-truck. He did an outstanding job during a very trying time in our life. Thank you!

Excellent service all the way around. Happy to recommend Lafferty Gallagher & Scott

Very professional and informative. Thank you to Attorney Jon Lafferty. 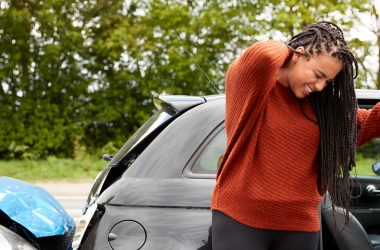 Steps to Take to Receive Full Compensation for an Injury Claim

The average hospital stay in Ohio costs about $10,000 a day. A day of surgical procedures or in an intensive care unit could cost several times more than that. The property damage in a personal injury… 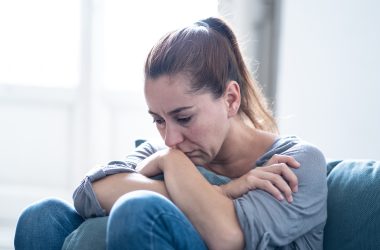 Who is Responsible When a Self-Driving Car Causes an Accident?

There are two things you need to understand: There is no such thing as a self-driving car. The technology does not yet exist for fully autonomous vehicles. And, you are always responsible for your vehicle, even…

Attorney Advertising. This information is designed for general information only. The information presented should not be construed to be formal legal advice nor the formation of a lawyer/client relationship. Past results and testimonials are not a guarantee, warranty, or prediction of the outcome of your case, and should not be construed as such. Past results cannot guarantee future performance. Any result in a single case is not meant to create an expectation of similar results in future matters because each case involves many different factors, therefore, results will differ on a case-by-case basis. By providing certain contact information herein, you are expressly authorizing the recipient of this message to contact you via the methods of communication provided.